My name is Katniss Everdeen. Why am I not dead? I should be dead.

Katniss Everdeen, girl on fire, has survived, even though her home has been destroyed. Gale has escaped. Katniss's family is safe. Peeta has been captured by the Capitol. District 13 really does exist. There are rebels. There are new leaders. A revolution is unfolding.


It is by design that Katniss was rescued from the arena in the cruel and haunting Quarter Quell, and it is by design that she has long been part of the revolution without knowing it. District 13 has come out of the shadows and is plotting to overthrow the Capitol. Everyone, it seems, has had a hand in the carefully laid plans -- except Katniss.


The success of the rebellion hinges on Katniss's willingness to be a pawn, to accept responsibility for countless lives, and to change the course of the future of Panem. To do this, she must put aside her feelings of anger and distrust. She must become the rebels' Mockingjay -- no matter what the personal cost.
--Summary from Goodreads.com


4 hours, people. It took me 4 hours to read this book, and if I hadn't been so tired after the first time, I would have read it again. And again.

Fans of the series know how I feel when I say I nearly died waiting for this book to come out. Hunger Games and Catching Fire are the first two books of this series, and after every single book you can't help but think 'It CANNOT get any better than this.'

Sadly, Mockingjay is the last of the series, and I cried for ten minutes about that fact alone. The other times I cried were for the major...for the unexpected turn of events. In most books I can point out a character and think 'They aren't going to make it' or read a few lines and be like 'This is what's going to happen' but not in this book. That's thanks to an amazing writer and story-teller.

There were very few times that I just had to set the book aside. I set it aside, and took a few deep breaths and when I was calm, I picked it back up. I'm trying to find the one word to describe this book, but I can't. Nothing seems to fit it properly. The words I'm typing and erasing just aren't good enough to describe the book. Maybe one day I'll find the right one, and I'll let you know.

The only thing I can tell you is this: Mockingjay will haunt you. It will devour you completly. It will take you on a ride so exhilarating. Sometimes you will want it to stop, because it's so hertbreaking, but you know can't simply stop. You have the urge to keep going, because you know it's worth it. You hope it's worth it. You have to find out what happens. You want to see if there's a happy ending after all what has happened.

I gladly give Mockingjay my highest rating :

This is a book that will stick with me, and most of you, forever. The whole series will. It's...unforgettable. If I ever got to meet Suzanne Collins, I'd thank her profusely for giving books lovers around the world such an amazing story to read. I'll save these books for my neice, and my children, to read when they get to that age. That's how much I love this book, and the series. That's how good it is.

This concludes my review. I'll leave you with a bit of a teaser. If you haven't read any of the books, you must do so immediately. Got it?!

Those of you who are fans of the books know about Team Peeta and Team Gale...well, we find out who Katniss chose. Who did you choose? I've been Team Peeta all along. But Gale was nearly tied with him.
Posted by Mommy Metropolis at 7:32 AM
Email ThisBlogThis!Share to TwitterShare to FacebookShare to Pinterest
Labels: marry me ?, mockingjay, review, suzanne collins

The Body Finder by Kimberly Derting

Life As We Knew It by Susan Beth Pfeffer

Feast of Fools by Rachel Caine

Only On A Bet 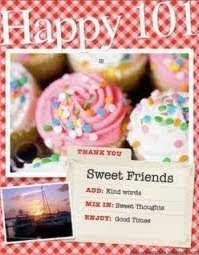 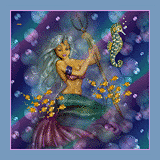